Starting Saturday September 7 and for the next week across the country thousands of individuals will be taking part in Out of the Darkness walks and other activities to bring attention to the mental health issues of suicide.  Suicide has been a very difficult subject to talk about, but those times are changing.  In our country in 2010 (latest reports available) suicide has moved to the 10th leading cause of death of Americans.  While the numbers decreased from 1990 – 2000, since that time they have been on a very sharp rise.  With the latest figures we know that every 13.7 minutes someone in our country completes suicide.

The events that shock us the most is when they are deaths of young people and adolescents in the age range of 15 to 24.  But the data shows the highest rate of suicide is males in the age group of 45 -64.  Since getting data is very difficult, I find the attempts of suicide is even more troubling.

In 2010 the reports show that for every completed suicide (38,000 in 2010) there are 12 events where individuals performed some sort of self harm that required a visit to the hospital.  Even more shocking is that while males were 4 times more likely to die by suicide, females attempted suicide 3 times more often than males. 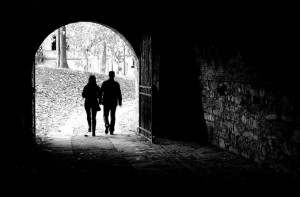 The education work, willingness to talk about the subject and bringing awareness to the community is something that all of us can do.  We must educate our young people and those that are in contact with them on a daily basis.  We must take the stigma away from asking what seem to be difficult questions – that when asked may save a life.

Our Balanced Life Skills Team has done well in raising money for the cause, and next week you will have an opportunity to Dine Out to Save A Life.  Three restaurants locally are participating, and our hope is that next year even more will participate.  Killarney House in Davidsonville, Galway Bay in downtown Annapolis, and Brian Boru in Severna Park are all offering a special menu for $25, of which $10 will be contributed to the Youth Suicide Awareness group here in Anne Arundel County.  The money collected will be used in education and in grants to high schools to create their own programs of awareness for their students.

At this point though I would like to invite you to join me at City Dock prior to 11:30 AM just to walk.  No other request.  Become aware of the issue.  Ask questions.  This fall consider learning more at a QPR training at Balanced Life Skills.

You never know when your knowledge may Save A Life.