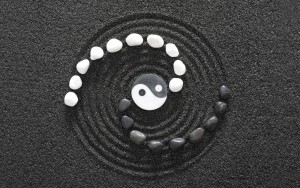 I went to write a blog post on the two extremes of emotions – anger and _____.  The problem came when I did not know the opposite of anger.  After asking that question I had to ask myself, “Am I looking for the two extreme emotions or the actual opposite of anger?”  Is anger really a stand alone emotion or a secondary emotion?  Is there really an opposite of anger?  Quickly I could answer:   Anger is an emotion that does not come up for us without being triggered by another emotion.  Therefore it is a secondary emotion.

When I put this question out to the general public and friends though, I received many different ideas of the opposite of anger.  First my wife said it was happiness, and then there were many other emotions to follow from others:

I have come to the conclusion that we really have 2 different questions here.  The first one asks, If anger is one extreme of emotions, what is the other extreme?  To that question we must first recognize that even within anger there are levels of anger that go from being annoyed (level 1) to outright rage (level 10).  The behavior that results from those levels of feelings may go from sarcasm to extreme violence.

I am not sure if anger actually has an opposite – it may be that the opposites occur in the behavior that follows.  Or it could be that the opposite is “EMPOWERED”!  Empowered to be blissful, open, calm, non-attached, content, peaceful, forgiving, satisfied, tolerant, apathetic, accepting, compassionate, joyful, equanimity, or tranquil.

What I am sure of, is that anger is a very strong emotion that is felt when we feel hurt due to  guilt, shame, loss, hunger, frustration, helplessness, anxiety, feeling less than, emptiness or the biggest one of all FEAR. Fear of not being enough, fear of embarrassment, fear of failure.
From personal experience I have learned that we can learn to manage our anger and the resulting behaviors.  It takes time, commitment and a determined desire to enjoy calmness, peace, tranquility, contentment and joy.   I am here to share what I have learned with the young folks in our community and their parents the awareness and knowledge of anger management by offering one on one sessions to help children and parents bring out the best in themselves.

Each month we define and discuss a word of character development with all of our students.  This month the word is Anger Management.  It will be defined this way.

Young students:  Anger management means: “I calm myself down when I feel angry!”

If you would like to see how we will deal with this subject with our students please follow our discussions here during the month of March.

Anger management means “I calm my self down when I feel angry!”

Anger management means dealing with anger in a positive, safe and fair way.