All of us parents want to see our children grow up to be Safe, Healthy, Successful, and Happy. When we see bumps in the road to any of those things happening, we want to fix it, we want to get our child past that hurdle and on to them being their best selves. That was the case for this mom that came to me for help with her four-year-old daughter.

She was worried that she would not have friends or that other children would stop playing with her because when they played her daughter was in her words “bossy”. The mom saw this play out as they went on playdates and her daughter insisted on doing what she wanted to do. She assigned roles to the other children – who would do what, even how they should play the parts. She described how at times she saw her tell others what they should say while they played and tried to control every aspect of the play date. Even at home, she would throw a fit if things did not go the way she wanted. 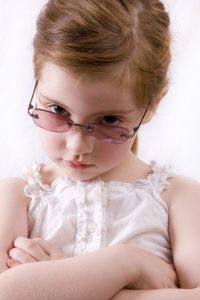 Unfortunately, when mom talked to her daughter, trying to change the behavior, she told her she was acting “bossy” and described to her daughter how she would lose all her friends if she did not change the way she played with others. By the time she came to me, she felt like she had tried everything without success, and all she really wanted was for her daughter to be accepted, have friends and be happy.

This was not the first parent that had come to me with this concern about their child. Here is what I have learned about every child. They come to us with their own personalities, strengths, weaknesses, temperament, and ways of being. Any parent with more than one child knows that they are all different from the very beginning. Some children are naturally wired to be assertive and persistent. Some like to have control or get very frustrated when others do not see things their way. Every child goes through a developmental process of maturing and if we expect them to leapfrog to great awareness of how others feel, we are not being fair to the child.

With this child, it was obvious that the Mom and Dad were wanting to do what was best for the child. I handed her a list of words, Virtues – The Gifts of Character, and asked her if she were to choose a different word to describe the behavior she was seeing in her daughter, which of these words would it be?

Very quickly she looked at the list and without much hesitation, she chose the first word on the list, Assertiveness. She said, “I guess that I would say that she was assertive.”

The question I asked then put everything into perspective, “Do you want her to be assertive later in life, say when she is a teenager or 21, or 25 and beyond?”

Immediately and emphatically the mom said “Yes! I think that is one of the most important character traits any woman needs as she goes through high school, college and into the work world. Even if or when she gets married, I want her to be able to speak up for herself and express her needs and wants effectively.”

Of course, every parent wants their children to advocate for themselves in all situations. So, it was not the assertiveness that was the issue. For this child and others like her, this assertiveness virtue was simply overdeveloped and not balanced with other virtues.

The problem for the child who keeps getting the message “You are too bossy” is that later in life those words will ring in their ear when situations arise where they are being taken advantage of by others. This can happen socially, personally, or in the workplace. Imagine now for this young lady when she is 17 and a young man is working at taking advantage of her. Do you want her to have the story in her head that she is too bossy, that she needs to be nice, or not rock the boat so loud that she has lost the courage to be assertive and speak up for herself? Or do you want her to be assertive and feel that she has the right to say NO or whatever she needs to say to stand up for herself? 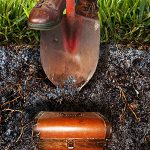 I said to her, Great! So now let’s see how we can help your daughter use tact while still being assertive.

One note here is that it did not matter which other virtue was chosen by the mom to help her daughter. This was just about balancing her assertiveness and not shaming it out of her. She may have chosen kindness, patience, tolerance, caring, courtesy or any number of other virtues.

We continued the conversation, looking at specific situations and discussing how to use the language of the virtues to guide her daughter to tactful assertiveness. Now, this parent is working with her daughter, acknowledging her for her Gifts of Character and not shaming her for being the unique person she is meant to be. This is discipline (teaching) at its best.

As I coached this mom through her concern, she learned to use all five strategies of the Virtues Project:

These five strategies are helpful in every part of our life, whether it is with our children, partner, workmates and even or especially with ourselves. In fact, practicing these five strategies will resolve many problems and issues before they come up. They will create a united family working together as a team that values each other, bringing out the best in our children and ourselves.