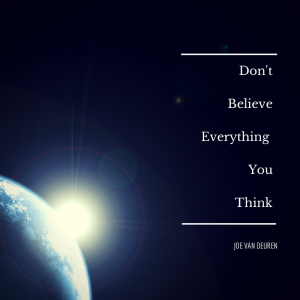 In a survey done of thousands of women only 4% thought they looked good or beautiful.  Why?  Most had something that they did not like about themselves.   Their nose, ears, hips, weight, height, eyes, hair and on and on.   Really?  Is this just limited to women?  I don’t think so.

While men may not have the courage to speak the words, their actions show that they have negative thoughts about themselves also.  Why do you think we have all of those commercials in the media asking men about their strength, drive, energy?  Why is it that young men and athletes are willing to risk long term harm of themselves to be stronger or heal faster with steroids.  Is it not due to a lack of compassion for themselves – a fear of what others might think of them?  A fear of being perceived as weak or of being replaced by someone else?  They most likely have heard the criticism from others or at the very least witnessed another male being criticized for not “manning up”.

These fears of not being enough come from the messages all of us have been hearing since we were very young from parents, teachers, friends and soon from ourselves.  Here is what we need to do – replace those negative messages with positive ones.  Not false flattery – but rather praise for effort, for learning something new, for perseverance.

As a parent or teacher, before we speak  words of criticism to our child or any child ask yourself – Is this something I would like to be said to me?  Before you say those critical words to yourself, ask yourself – Would I say this to a 5 year old?  All of that criticism we took in as a 5 year old and beyond, is haunting us as adults today.  Replace it with positive affirmations and statements to each other and ourselves.