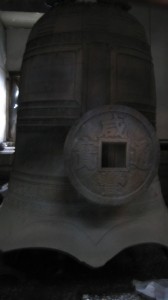 Ok, so my knowledge of qi is still fairly rudimentary, and my knowledge about money is even worse, but I’ve been thinking and observing a bit and thought this was clever.

Have you ever noticed the guy with the fancy car but no money for rent? Or the kid with $100 shoes but no lunch money? It sometimes seems like the people with the least money to spend are sometimes the most ostentatious with it. I think I understand this feeling: sometimes spending money feels like having money, and when you’ve been without long enough, that feeling is impossible to resist. Looking at people’s behavior, I think qi is very much the same. If after a hard week at work you feel drained of vitality, many people’s solution is to stay out late Friday and Saturday night, sleep little, drink too much, spend their body’s energy excessively. Because spending that energy feels like having energy — spending that life force feels like being alive. But this behavior ensures that you never actually have any energy to spare, and you end up burning up the body’s vital reserves instead. Monday morning you are worse off than Friday.

We’ve all heard, “Sometimes you have to spend money to make money.” This certainly seems true, and successful businessmen do seem to spend a lot. But obviously they spend their money on improving their ability to earn money — investing back into their business. What I do training kungfu is nothing if not a similar treatment of qi. We train day in and day out, and spend most of the week completely physically exhausted. But the energy we spend, we spend on improving our bodies and our health, so that in the end we are able to make more energy than we spent to get it. Our bodies get richer and richer — recover faster, heal faster, digest food better, sleep better. One notices that being lazy doesn’t really give you more energy — you have to spend qi to make qi.

This last point I can only speculate on from watching masters of banking and kungfu, but there seems to be a parallel here as well. Banks seem to spin money out of thin air, and Wall street investment seems to make something out of nothing. And watching my kungfu elders, this also seems to be the case: if one is adept enough, the qi seems to appear out of nowhere.

I am not sure that there is anything particularly profound to be learned by comparing these two fairly abstract concepts of value and energy, except that maybe we should be very clear about how and where we spend, so that there is always more coming in to replace it. And we must be honest with ourselves about the nature of our expenditures, and know the difference between indulgence and investment.