During the month of September we are going to discuss the concept of self reliance in regard to our children.  As parents we know that we want our children to grow up and be able to think for themselves, not be afraid to try new things, to practice new things with diligence and not give up when it does not come quickly to us.  Yet learning to balance that with not expecting too much for the age of the child can sometimes be challenging.

One additional challenge that comes for parents is allowing their child to try and fail more than one time, while we encourage increased effort and not just step in and do the project or task for them.  Yes we may be able to do the task better and faster, but for our children to learn self reliance they must be allowed to try and try – fail and fail, and with patience and practice to succeed. 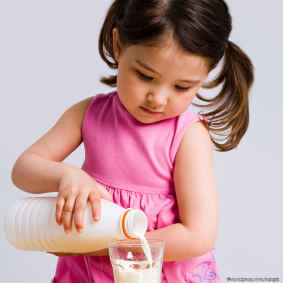 In a study done recently out of Harvard a comparison was done between what was emphasized in parenting from two different cultures.  One culture was Americans and the other was from the Asian country’s of Taiwan, S. Korea and Japan.  It was found that the Asian culture emphasized effort and self reliance in reaching goals, whereas the American culture emphasized “the goal”.  Self reliance is better learned by all of us by putting forth the effort, persevering, allowing for failures and triumphing as we develop our skills.

Is that hard to do?  Yes.  Is it hard to watch our children struggle with it? Yes.  Is it worth the end results? Yes.  That is if we want our children to grow up not feeling entitled to someone else coming in and ‘fixing’ everything for them instead of them learning and earning it.  This month we will be focused on helping both children and parents work on self reliance, gaining trust, responsibility and confidence in ourselves.