Here is the story of two individuals that were “friends”.  Their story line goes like this:

When we first met it was like she saw into me soul, I could say anything and everything thing to her we just clicked and it was just amazing!

After some time she started becoming really negative and forceful, she made me feel bad for certain ways I would feel towards the friendship.

Then she would constantly put me down in front of others and shut down my thoughts so she would be the main point of my life and nothing else.

Then I started constantly feeling unworthy of her friendship.

In our conversations she would always tell me how much she liked the friendship of others, making me think that I was a second rate friend.

I stopped talking to her at one stage and she apologized for what she was doing, but then a few weeks later she started acting the same and would put all her problems on me and make me feel bad.

Have you ever experienced this happen in a friendship?  Do you recognize yourself on either side of this description?  When things like this starts to happen in a friendship it is not a good sign.  In fact one of the parties is manipulating the other and this can lead to real damage being done.  There are three different kind of manipulators, those who need to be needed, wants to be in charge or wants to be pitied and manipulates by appearing to be weak.

Anytime manipulation is involve some one gets hurt.  Manipulation can be seen as early in life as in pre-school and the damage begins to take affect immediately.  It can lead to the victims being bully victims later in school and eventually into being victims of abuse in dating or marriage.  Here is a list of signs of manipulation or an abusive relationship.  This may be in a boy / girl dating relationship, marriage or in a friendship at school, the principles are all the same.

1. You constantly find yourself having to do unpleasant tasks

2. You keep on having to foot the bill for the two of you

3. There are frequent cutting comments about your appearance or character

4. You find yourself doing things for them that they would never do for you

5. When you show any resistance, you are made to feel worthless and stupid

6. You are always expected to put your own wishes second

7. A normal discussion is impossible with them as they get aggressive and refuse to discuss the issue at hand

8. You find yourself constantly apologizing things that were not your fault

9. You are made to doubt your own observations and opinions, and their validity is downplayed 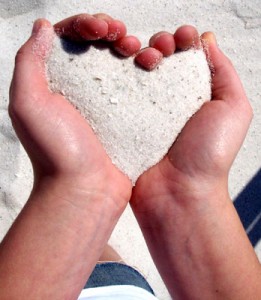 Friendships should be enjoyed and be healthy.  If they are not and some of the above are taking place, you may soon find one of the parties to the friendship suffering from low self esteem and depression.  Keep your friendships healthy by avoiding manipulation.