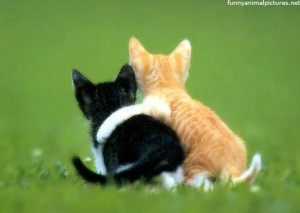 We have noted previously that we are going to have differences in our relationships.  They will range from likes and dislikes, to skills, food, holiday’s we might celebrate, and culture of families.  While some like to use the word tolerance when dealing with differences, I prefer to think about the possibilities of ‘understanding’ the differences and then being able to  accept, try and celebrate those differences.

If we take a simple example of one person who is talented in a skill, whether it is a sport, craft, writing, math or whatever it might be, how do we react to that?  Rather than resent the skill they have that we may not have, it would be better to celebrate it with them and give them a “good job’.

Being open-minded about differences in food or culture, could we not embrace it and try it for ourselves, rather than reject it because it is not our norm.  Have you ever tried foods from a different culture?  Have you ever embraced a culture and tried things their way?  If we do not understand what they do or why, would it not be better to ask about it and try to ‘understand’ it?

I once thought about writing a book of comparisons of cultures, religions, holidays, food and activities, because the more I read and experienced the similar I found that all of are.  When approached with an open mind you will find that we have more things that are the same than we do differences.  That results not just in friendship but in PEACE.